Mr. Monk and the Candidate

Sharona has blonde, curly hair, blue eyes, and a brilliant sense of fashion that makes her stand out from the other characters, especially Monk. The majority of her outfits are paired with a handbag, hoop earrings, and her monogrammed necklace. She also normally has makeup on, the most prominent being her blue eyeshadow.

Sharona is shown to be cunning and sometimes manipulative when getting what she wants, especially around Monk, but in the end she obviously cares very much about him and the other main characters, despite how much she teases them.

A running joke throughout the show is her love life. Every other episode, Sharona has found a new boyfriend that quite often turns out to be the killer. She spends a lot of her time looking for love; no matter the person, she’s desperate to succeed in love and get Benjy a caring father. However, many men view her as only vulnerable and deceivable, and she’s often used as an alibi or target considering how close she is to the police.

By her guest appearance in season 8, episode 10, she acts softer towards Randy and admits to Natalie that taking care of Monk was the best job she ever had.

Sharona and Randy had a mostly unspoken relationship until around mid-season 2, where it was clear he had developed a crush on her, much to her teasing. Through season 1, they bickered often, though not in the same flirty manner. By the time she left in "Mr. Monk and the Red Herring," they were very close friends and it was unclear whether Sharona had feelings for him or not. (Moments in episodes such as "Mr. Monk and the Missing Granny" and "Mr. Monk Meets the Godfather" would suggest so.)

Sharona made another appearance before the end of the series in "Mr. Monk and Sharona," where it was clear they'd missed each other, and were revealed to be dating at the end of the episode.

Throughout the series, Sharona usually takes advantage of Monk’s OCD and complains about his quirks, often to the point where it seems like she really doesn't care about him.

However, when it really matters, Sharona has always been there for him and helped him through what he needs to be helped through. In ”Mr. Monk and Sharona,” she admits to Natalie that taking care of him was the best job she ever had. She thinks she might have been too hard on him, but Natalie insists she got him through everything after Trudy died.

Natalie and Sharona didn't officially meet until her season eight appearance, "Mr. Monk and Sharona." Before this, Natalie had obviously heard a number of very good things about Sharona, and the two immediately bonded over Monk and what they'd each had to deal with in their job. When Natalie first started as Monk's assistant, she demanded to be treated better than Monk had treated Sharona - once "waging war" against him in "Mr. Monk vs. the Cobra," refusing to help him unless he paid her expenses. The issue of money resurfaces in "Mr. Monk and Sharona," where Natalie finds out she was still being paid less that Sharona had been, and their differences quickly come into play. Despite the immediate connection Natalie and Sharona had, they were still very different people, and argued for most of the episode, bickering whenever they got the chance. After a particularly large argument that got both the Captain and Randy involved, Monk walked out of the room unnoticed, hailed a cab, and told the driver to go as far as he could. Natalie and Sharona ended up bonding as Sharona admits taking care of Monk was the best job she ever had, and she feels like she had been too hard on him. Natalie tells Sharona that Monk needed her to be hard on him, reassuring her that she did the hard part. "You were here right after Trudy when he couldn't even get out of bed," Natalie says. "You got him here. You got him to me."

Sharona and Stottlemeyer's relationship was barely explored in the few seasons she had. It was clear they were close friends, considering how much they'd been through. Stottlemeyer tried once to take advantage of Sharona's relationship with Kenny Shale, but was caught by Sharona, who pointed out that he'd called Kenny a weasel three weeks ago. In "Mr. Monk and Sharona," they embrace upon meeting again and he says to Monk that he "loves Sharona" (platonically, of course).

Sharona and Gail tend to bicker a lot, as siblings would, as is shown in "Mr. Monk and the Earthquake." Throughout that episode they fight over almost everything: men, caller ID, handbags, and Monk. However, they still care about each other. In "Mr. Monk Goes to the Theater," Gail is arrested and Sharona does everything in her power to prove her innocence. Gail is mentioned several times throughout the series, despite only being seen twice, usually as a place for Benjy to stay, and it's mentioned that Sharona was talking to her on the phone in "Mr. Monk and the Paperboy," so they clearly have a healthy relationship.

Sharona was married to Trevor for a period of time before the show started. She makes constant remarks throughout the seasons that she doesn't know why she married him. In the episode "Mr. Monk and the Sleeping Suspect," Trevor shows up during Benjy's birthday party to try and convince Sharona to move back to New Jersey with him. She says to Monk that she truly believes he's changed this time, and she'll be going back to NJ with him. By the end of the episode, she learns he was only trying to take advantage of her. She worries that Benjy needs his father often.

By "Mr. Monk and the Red Herring," Sharona has moved back to New Jersey with Trevor. She or Trevor are not mentioned again often until "Mr. Monk and Sharona," where Sharona returns and informs Monk they've split up for good.

What is that, your tough look?

— Sharona, Mr. Monk and the Candidate

Shut up, bitch! Show’s over.

Nobody talks to me that way. Nobody!

I just remember how good I used to feel after I talked to you. 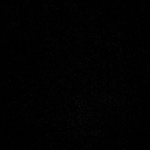 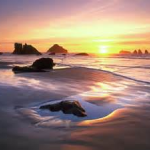